Nearly half of firms fail to employ AI despite extolling its virtues. 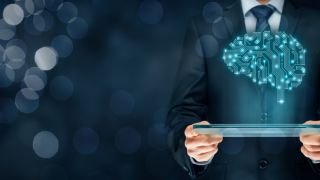 A shockingly high number of firms purporting to be AI-powered don’t appear to actually use the technology at all, a new report has found.

A study by London-based venture capital firm MMC found that 40 per cent of European startups classified as ‘AI companies’ don’t actually use artificial intelligence in a way that is “material” to their businesses.

MMC surveyed 2,830 AI startups across 13 EU countries examining the “activities, focus, and funding” of each to come to its conclusion.

Despite the somewhat misleading misnomer, firms that say they are AI-related often prove to attract more interest and investment, with MMC finding that those claiming AI affiliation attracting between 15 and 50 per cent more funding compared to other companies.

For those companies actually choosing to utilise AI in their day-to-day business, the benefits can be spread across many areas, the report found.

Chatbots (used by 26 per cent of companies) and process automation tools such as fraud detection (21 per cent) were the most popular choices, with the potential to grow into multiple new areas an appealing possibility.

Overall, one in 12 startups used AI as part of their products or services, up from one in 50 about six years ago. However bigger firms were much less likely to utilise AI, with just 12 per cent of large companies are using AI applications in their business, up from four percent just a year ago.