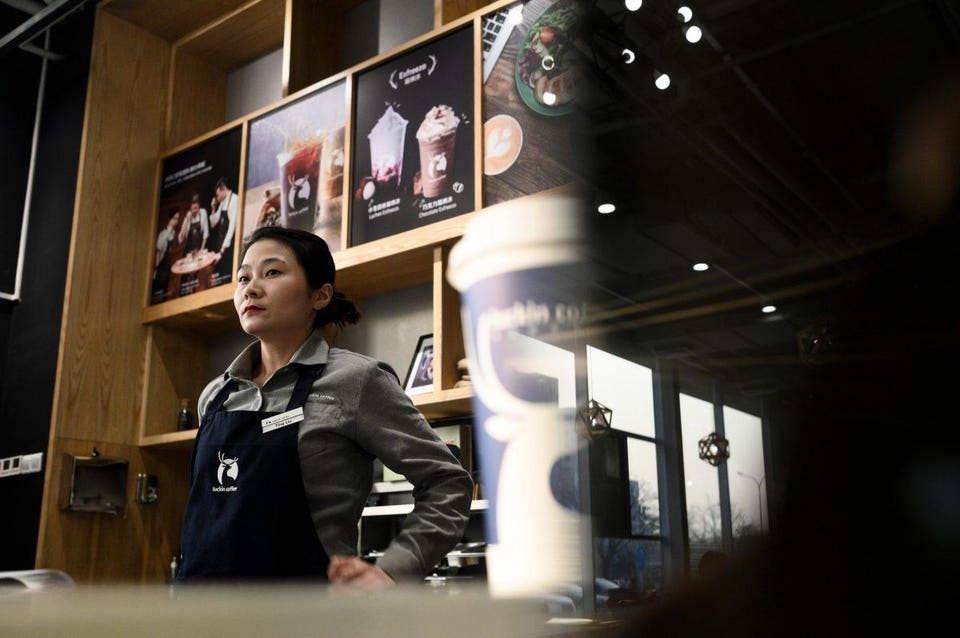 A waitress waits for customers to make their coffee orders at a Luckin Coffee on January 14, 2019. (Photo: Fred Dufour/AFP)

Founded in October 2017 by Chinese entrepreneur Jenny Qian Zhiya, Luckin Coffee has come a long way in a short time to challenge Starbucks’ dominance of the coffee consumption market in China. Luckin is the first large-scale threat to Starbucks’ coffee business built over two decades. While Starbucks in recent years has grown increasingly high end, as shown in the Bali outlet it just opened, Luckin is taking almost the opposite approach in China.

Instead of spacious lounges that allow coffee drinkers to linger, Luckin focuses on efficient “delivery kitchens” that pump out coffee fixes to people on the go. Smaller stores mean Luckin pays less on rent, a savings it can pass on to customers, to whom it gives one free cup of coffee for every two they buy. The stores don’t accept cash, only electronic payments. Overall, Luckin is pricing its beverages below those for a similar offering from Starbucks. “Chinese consumers really demand convenience in addition to quality and price,” says Luckin’s chief strategy officer, Reinout Schakel, who in January left Standard Chartered Bank in Hong Kong to join Luckin in Beijing.

While taste is subjective, one YouTube reviewer in a blind taste test in December last year declared a Luckin latte superior to Starbucks’ offering. The Luckin latte had “more of an original coffee aroma and taste,” declared Youtuber TechZG in his video entitled “Is Luckin Coffee About to Defeat Starbucks?” Luckin says it served 12 million customers 85 million cups of coffee last year. 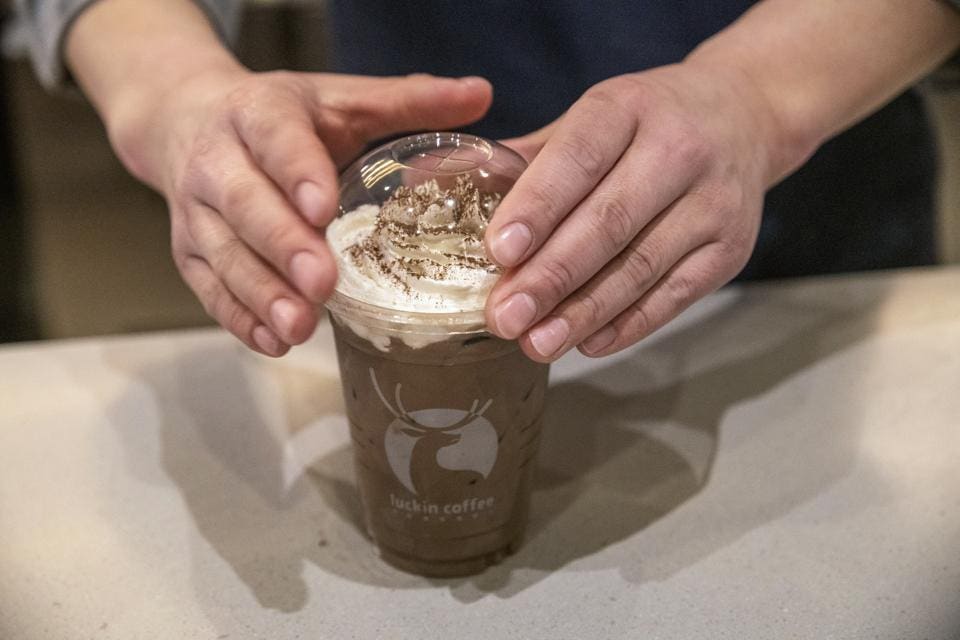 An employee prepares an iced coffee beverage in a Luckin Coffee outlet in Beijing, China, on Januar 15, 2019. (Photo: Gilles Sabrie/Bloomberg)

Valued at $2.2 billion in a recent round of funding from a group of investors that included Singapore sovereign wealth fund GIC and China International Capital, Luckin is reportedly preparing for a U.S. IPO later this year with advisor Credit Suisse, at a valuation said to be at least $3 billion. Schakel declined to comment on any IPO plans. The Xiamen-based chain is burning cash to win China’s caffeine race: Luckin predicts full-year losses for 2018 of at least 800 million yuan ($118 million). It hasn’t projected how soon it will break even.

Luckin executives are confident theirs is a winning strategy though, saying that many of China’s coffee drinkers are alienated by the long queues and high prices they find at Starbucks. “A lot of people don’t like waiting in line,” says Ben Cavender, director of Shanghai-based consultancy China Market Research. That’s good news to Luckin’s investors, who also include two Beijing-based venture capital firms, Legend Capital and Joy Capital.