And it’ll come with new apps for Music, Podcast and TV. 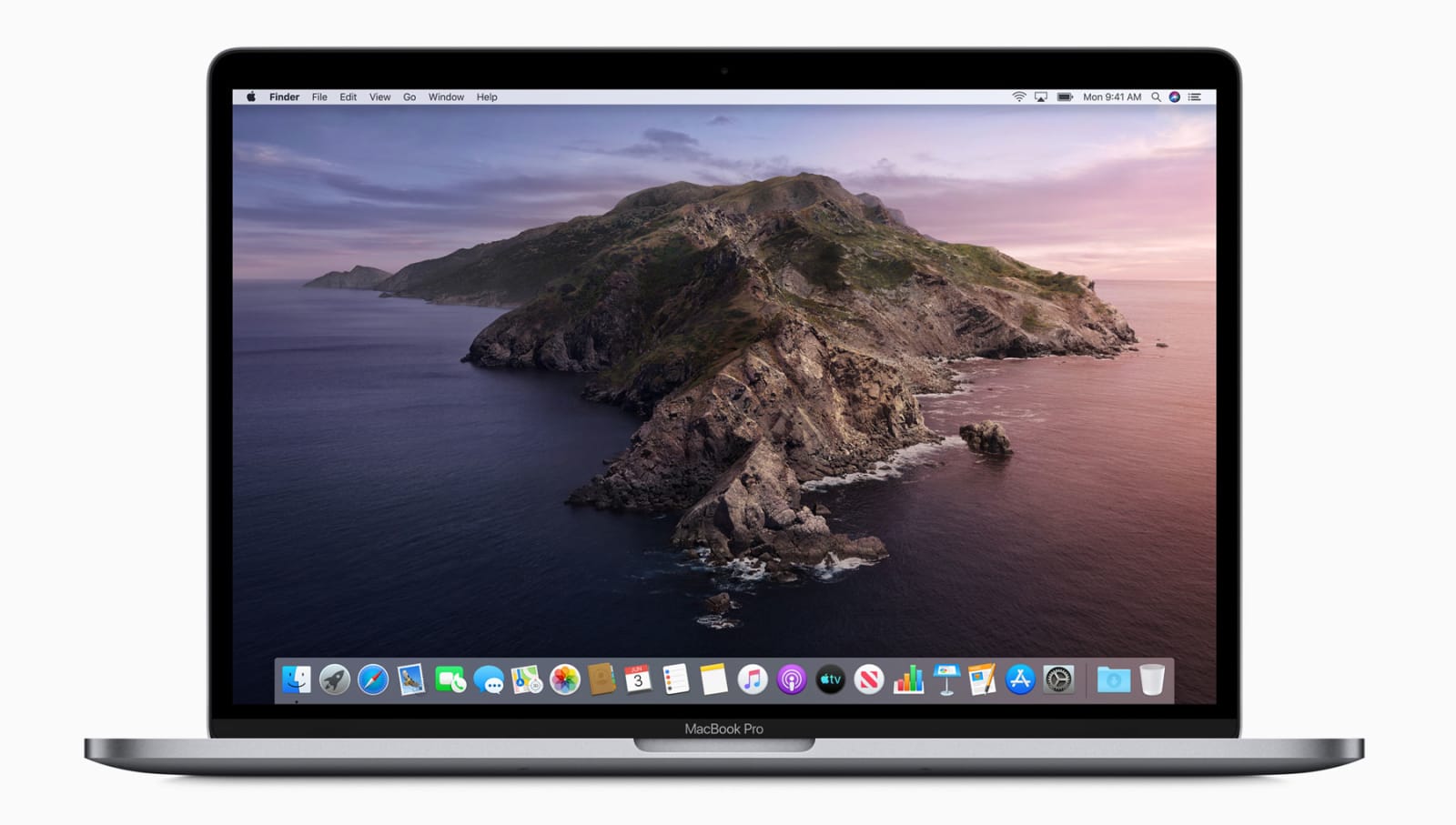 Where does macOS go from here? Sailing, apparently. Apple announced today that the next version of macOS (10.15) will be known as Catalina. And one of the big new features is a complete rethink of iTunes, which is now broken out into individual Music, Podcast and TV apps. Based on the quick preview from Apple’s WWDC keynote, the Podcast app looks a lot more useful for finding new shows, thanks to a bit of machine learning. The TV app will also finally bring support for 4K HDR video to Macs, something that was only possible with the Apple TV 4K until now. 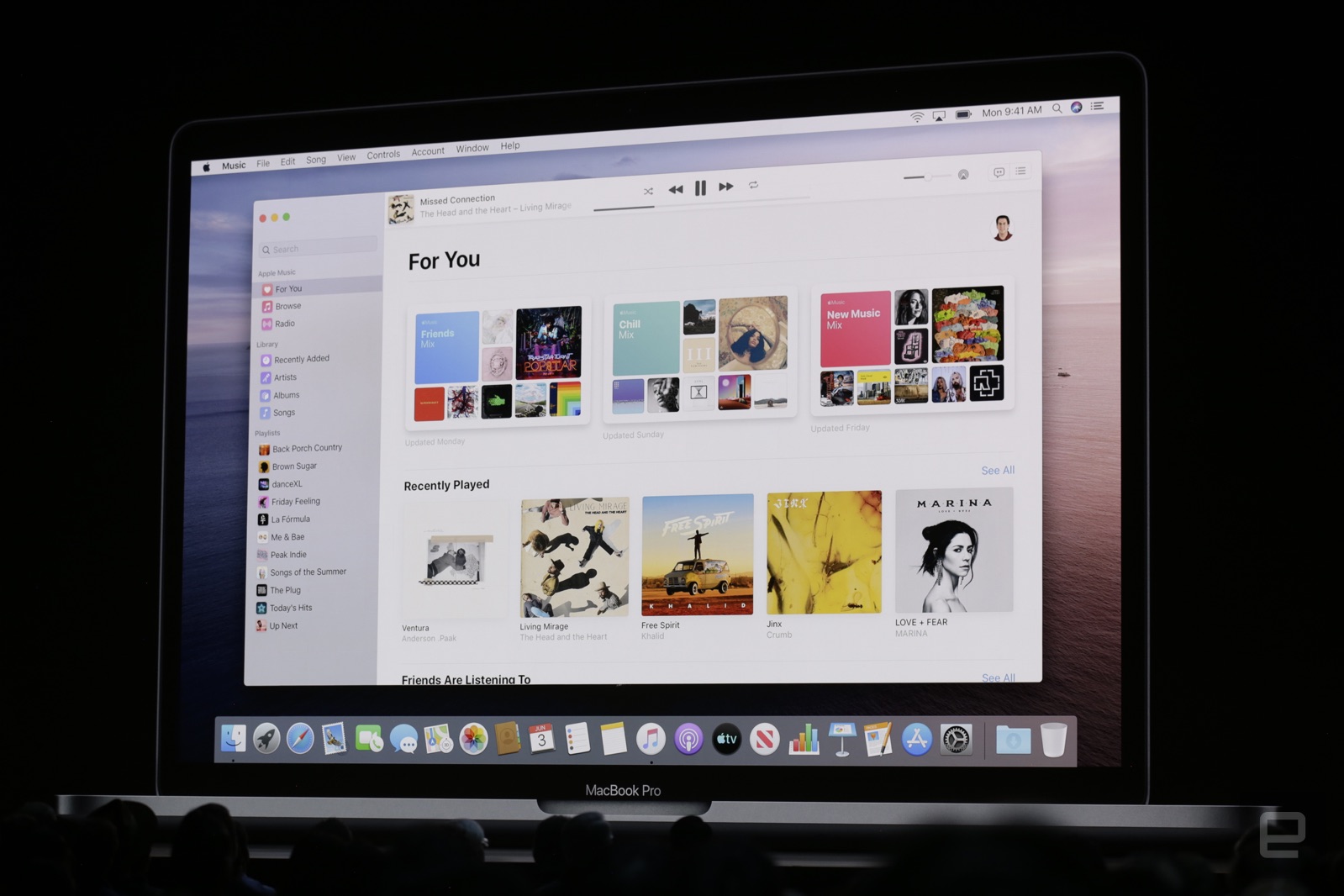 The real question for Apple is how iTunes will exist moving forward. While the individual apps make more sense than cramming more functionality into iTunes, the separation could be confusing for people who’ve grown used to Apple’s existing software. And of course, we don’t know if these apps will eventually make their way over to Windows. 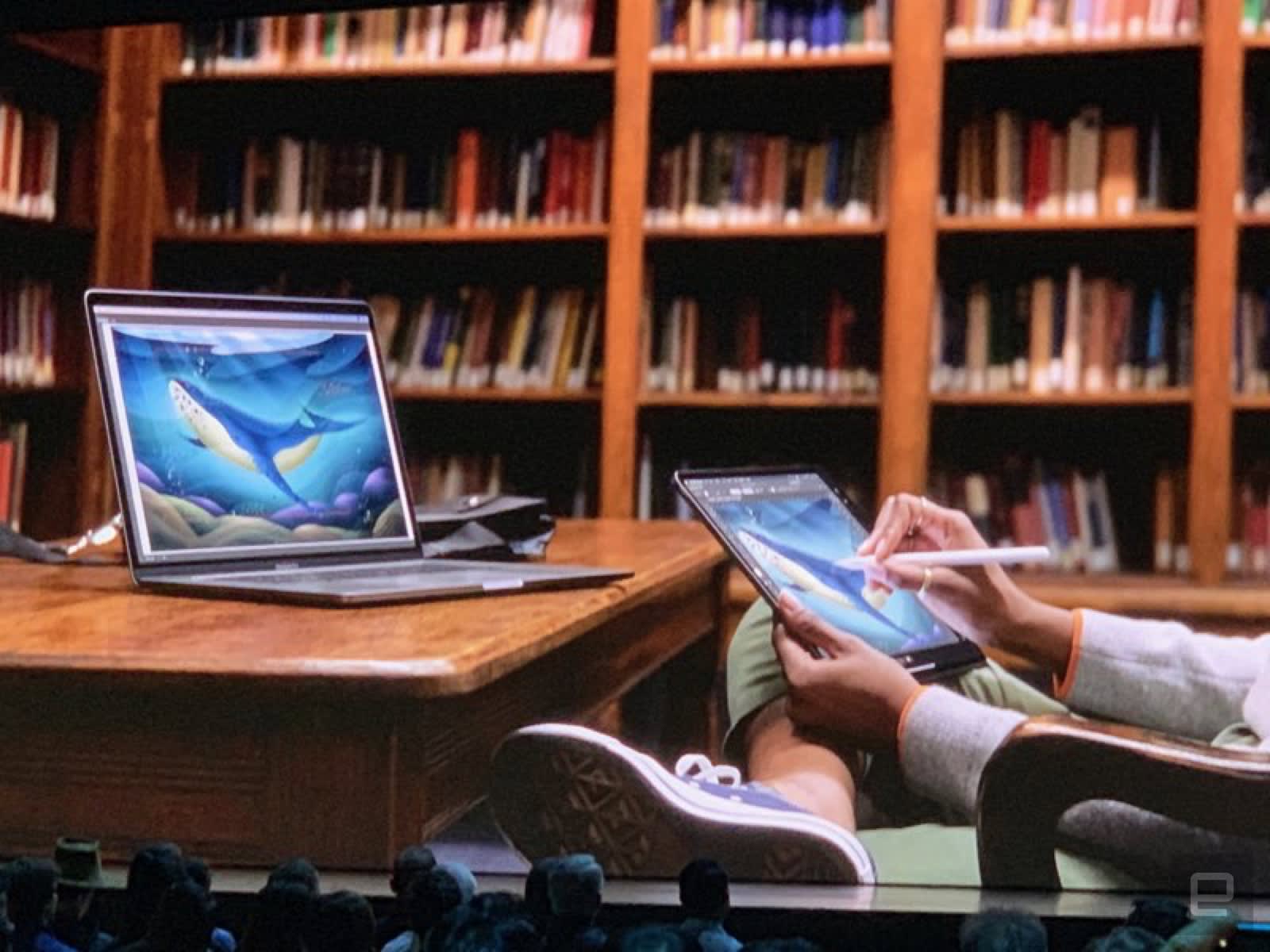 As for other new features, macOS Catalina will be able to use iPads as secondary displays with “Sidecar.” That works both wired and wirelessly, and it allows you to use the tablet as a touchscreen controller for the Mac, as well. Additionally, Voice Control will let you control the operating system entirely with spoken words. And you can breathe a side of relief if you’re worried about privacy, as Apple says all of the voice processing happens on your device, instead of on the cloud.

Finally, Apple showed off Project Catalyst, its new method for porting over iOS apps over to macOS. That’s something the company only hinted at last year, but macOS Catalina is going to make it much easier for developers to launch apps for both platforms with a single codebase. That’ll start with a ported Twitter app, which finally gives that social network an official macOS app once again.

Catch up on all the latest news from WWDC 2019 here!