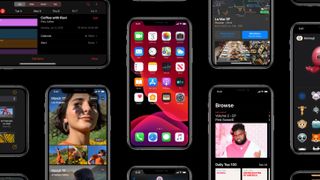 In an unusual software update cadence, iOS 13.1.2 is now available with more bug fixes for the new mobile operating system – which applies to both iOS 13 and iPadOS 13.

This might feel a bit like deja vu since iOS 13.1.1 was only released to the public a few days ago on Friday. Today’s update doesn’t contain any particularly notable front-facing features, according to 9to5Mac. It’s mostly fixing minor annoyances. What’s interesting is the frequency at which these updates are coming to the general public to fix Apple’s iOS software.

Among the iOS 13.1.2 release notes, bug fixes for iCloud, Bluetooth, HomePod, and the display are mentioned.

Despite the rapid updates to iPhone’s and iPad’s software, there are still things that remain broken for developers. Marco Arment, developer of the podcast app Overcast calls out the UISearchController-UINavigationBar corruption bug which he says, “totally screwed my app.”

The iOS 13 beta launched June 3 at Apple’s WWDC 2019 keynote, however, even after more than three months of testing and the iPhone 11 and iPhone 11 Pro launch, it’s clear that even more time is needed to patch the software update.