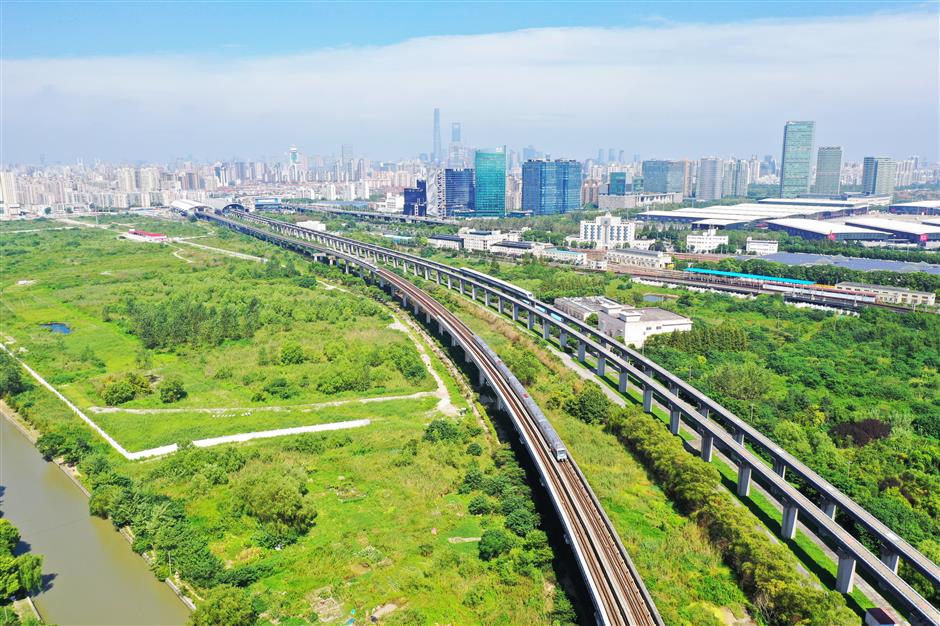 It could take less than three hours to shuttle between Shanghai and Guangzhou on a maglev train, according to a plan released by Guangdong Province.

The province in south China said it intends to reserve land for the construction of a Shanghai-(Shenzhen)-Guangzhou High-Speed Maglev.

Its department of natural resources has published a blueprint on its website (nr.gd.gov.cn) to solicit public opinion through March 11.

The plan was released along with another maglev line between Beijing, Hong Kong, and Macau, which will run through Guangzhou, Zhuhai, and other cities in Guangdong.

The maglev line, which the department said was at “a quite preliminary planning stage,” would mean it would take about two and half hours to reach Guangzhou and two hours to Shenzhen from Shanghai, the same time a flight would take.

The time between Beijing and Guangzhou would be around 3 hours and 20 minutes, half that of the Beijing-Guangzhou High-Speed Railway, the current fastest ground transport.

Shanghai saw China’s first commercial maglev system, a 30 kilometer stretch to the city’s Pudong airport, put into operation in 2003. The system, based on German maglev technology, can reach a speed of 400 kilometers per hour.

China’s first medium-and-low speed maglev line with a designed speed of 100 kilometers per hour started operation in May 2016 in Changsha in central Hunan Province.